Jerusalem - "The City Of Peace" - And Its Conflicts

JERUSALEM - "THE CITY OF PEACE" - AND ITS CONFLICTS

EVENTS YET TO HAPPEN

King of the South - Egypt - Ezek. 38 - attacks Jerusalem
We may be on the earth to see this
King of the North rushes to join the fight and modern Jerusalem will be destroyed.
King of the West - defeats Russian and Arab armies in the valley of Armageddon
(a). Moves in and rebuilds Jerusalem with great treaties with Israel.
Promising hope this man is acclaimed as the Messiah - but is the Anti-
Christ.
King of the East attacks - Rev. 9:16 - 200 million men.  Armageddon (b). sees the
intervention of Christ Rev. 19-17 Christ captures the armies of the world
and establishes the Millennium.

Then after 1,000 years Satan is loosed, and the battle Gog and Magog occurs - Rev. 20:8 - during which God intervenes and destroys the world by fire - Then the new heaven and the new earth - and the New Jerusalem. 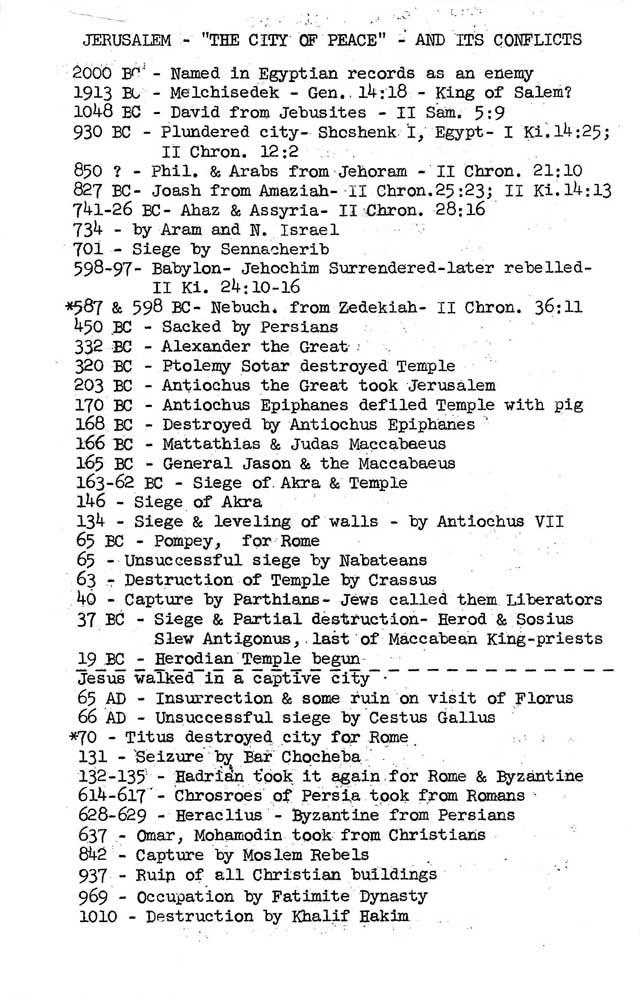 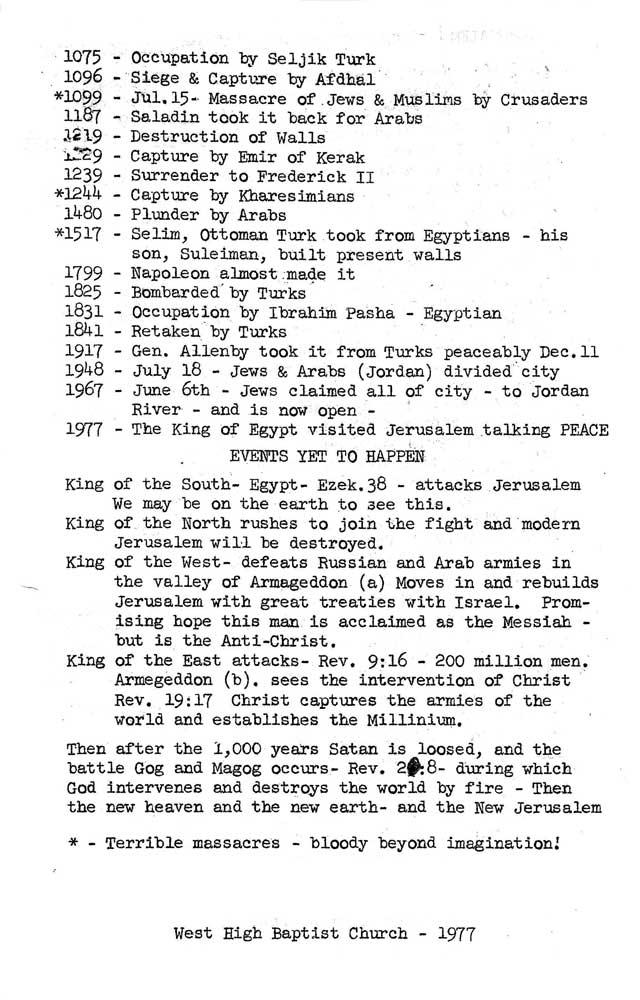